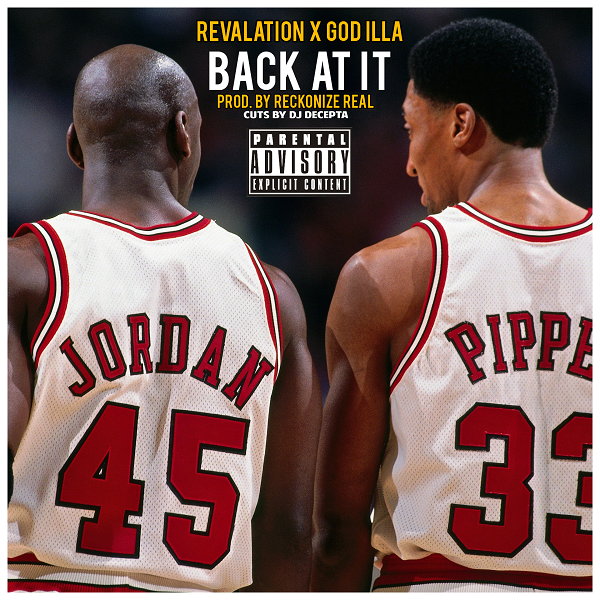 Revalation & GoD iLLa – Back At It feat. Reckonize Real [Audio]

Revalation & GoD iLLa recently released their much anticipated full-length album “RevILLutionAries“ on April 30th. Since it’s release, it’s racked up almost 20k streams on Spotify alone. Now, in an effort to continue that momentum, they’ve dropped physical copies of the album & let loose one of its highlight cuts, “Back At It.”

The track plays like an audio conversation between the two emcees, touching on missed chances while reasserting the fact they’re glad to finally be making music together again. The production by Queens workhorse Reckonize Real provides the track with a lush boom bap backdrop amplified by razor sharp cuts from DJ Decepta. This is just one of the many standouts on “RevILLutionAries” out now physically on their Bandcamp and streaming on all DSPs.