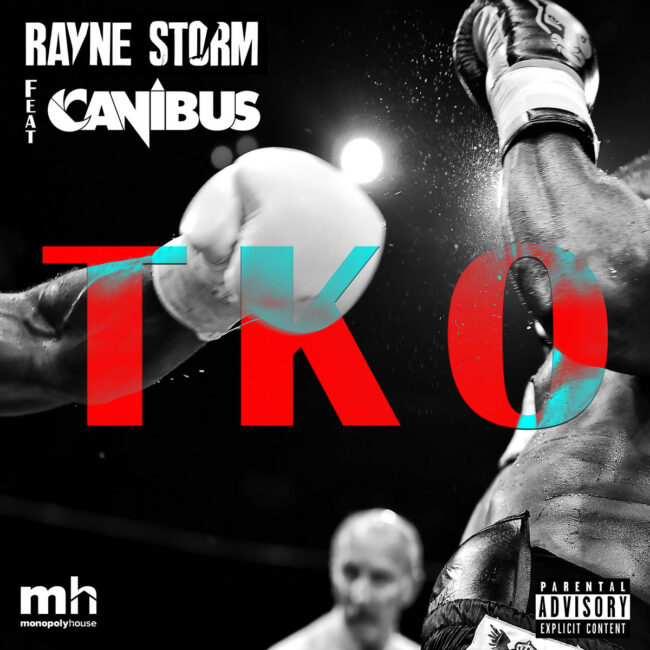 Canibus, one of the most respected emcee’s in Hip-Hop history has teamed up with Rayne Storm and producer Anno Domini to deliver the new banger “TKO“. The track features back to back verses from the two underground icons with enough punchlines and subliminals to sink a submarine. The track is an viled ode to “Second Round KO“, the classic response track from Bis during his classic battle with the LL Cool J. The competitive spirit is high on this one and isn’t too shy about it making “TKO” is a must hear for fans of both artists with neither is slacking on their pen game here.

In addition to “TKO”, Rayne Storm dropped “Ready To Live” another high energy single featuring Brooklyn lyricist HËS. Rayne does double duty on this track as he also handles the production here, creating an epic and spacious track that sounds like your favorite Hip-Hop superhero is about to swing in from the dark skies to save the day.

Canibus also released his most critically acclaimed album in years with the ferocious LP “Kaiju“. Every track is peak Bis’ with him delivering his sharpest work in a decade. The lyricism is undeniable and the production here is equally slapping with a high dose of high quality boom bap.