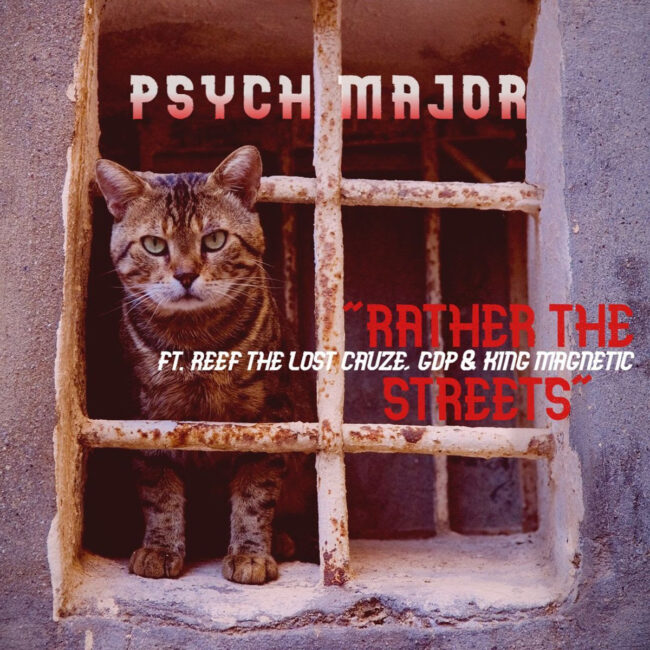 Another rare gem from the back-files of producer Psych Major. “Rather The Streets” features one of Philadelphia’s finest rhyme exports Reef The Lost Cauze along with his hard-hitting brethren King Magnetic and West Orange, New Jersey’s own GDP. Possessed of gritty thundering drums and ethereal female vocals the beat creates an otherworldly yet head-nodding soundscape for the top-notch lyrical display of all three emcees.