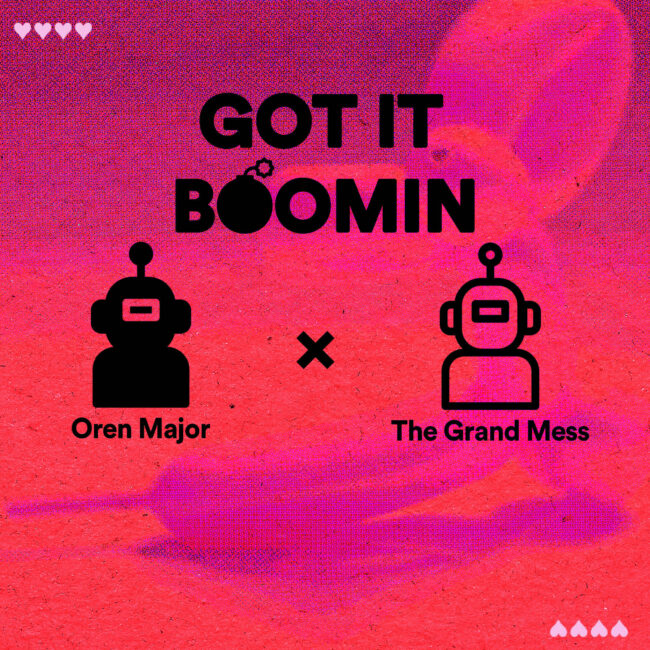 Oren Major & The Grand Mess – Got It Boomin [Audio]

ATL based artist Oren Major connects with producer The Grand Mess for the New Single “Got it Boomin” which was just featured in the opening scene of the new season of “Love Death and Robots” on Netflix. The single is a high energy and catchy song and since it’s release on Monday, has over 20k Shazams and has been charting in various countries.