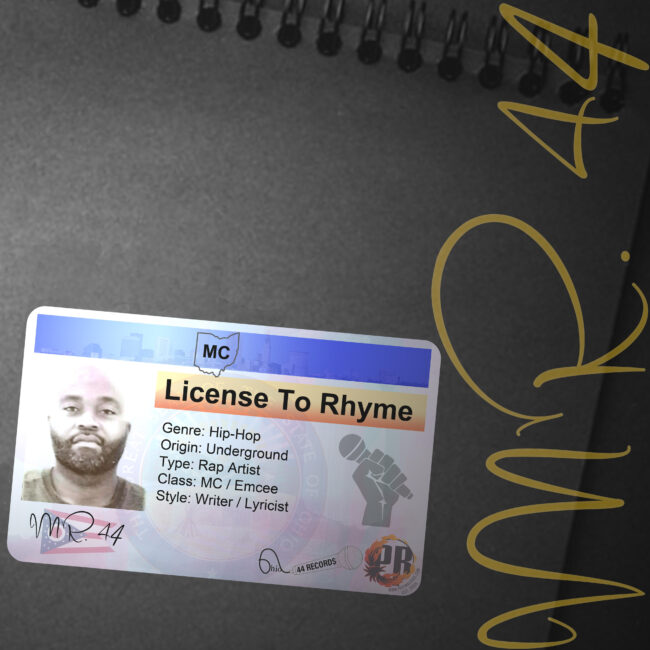 Cleveland, OH veteran MR. 44, part of the Hip-Hop collective Prhymal Rage, recently dropped his latest album “License To Rhyme” which serves as the first in a series of 3 EP’s that were recorded over the span of just 2 studio sessions. The album’s lead single “Who Want It” produced by HellahMentals, is a verbally potent showcase of lyrical skills, metaphors and punchlines aimed at rappers from both the mainstream and underground scenes today. If you are looking for lyricism, the hunger found in boom bap era vibes and all around pure Hip-Hop, check this out and peep the EP out now on Bandcamp.