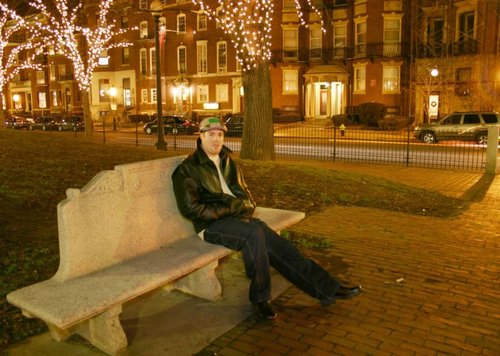 Fee the Evolutionist will be blessing us with yet another musical gift. Fresh off the heels of releasing the critically acclaimed “Beast over Beats,” a down-the-line single featuring a ton of New England-based talent Fee brings us the release “Back in the Dayz,” featuring Professor Lyrical as well as soul songstress Ruby Shabazz. Lyrical and Ruby are both members of Fee’s own legendary Lowell-based rap group X-Cal, which released several underground classic records in the late 1990s (“Butta Messenga,” “Brand Name Women,” “Don’t Make it Hard,” etc.) produced by Syntax and released on its own imprint, Fat Sam Records.