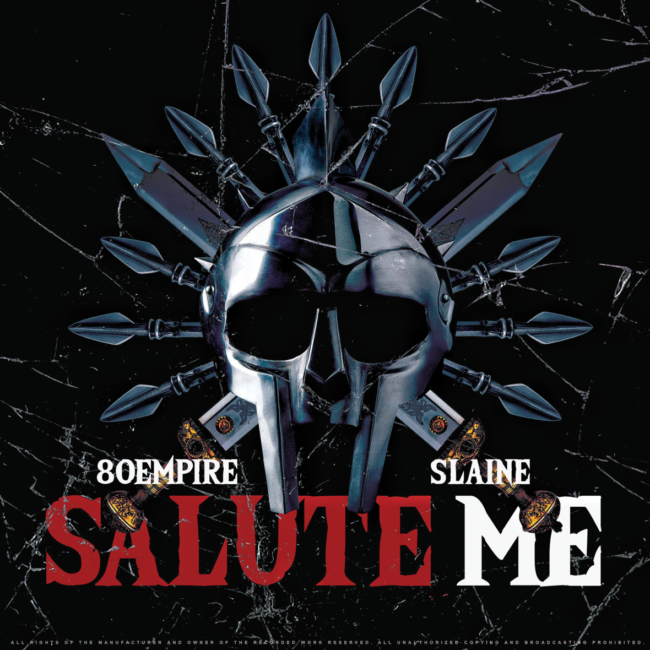 Canada’s multi platinum Italian brothers 80 Empire return after their highly regarded Legacy album with a new single Salute Me FT. Slaine. The track possesses an anthemic hook while displaying real lyricism over Boom Bap production. “The chorus emphasizes the importance of reciprocal respect and the acknowledgment that we give each other in this thing of ours called Hip Hop. It is also an homage to the golden era and the architects who paved the way before us. Slaine is one of those people.

Whether it be rapping or acting, he has proved that he is a true renaissance man and we the same. ” says 80 Empire. The song will be featured on their upcoming sophomore album Anthems and Icons which includes an abundance of Iconic Musical monsters from KRS ONE and DMC of RUN DMC and will include short films with actors voices such as Raoul Max Trujillo, Theo Rossi, and Laetitia Eido.