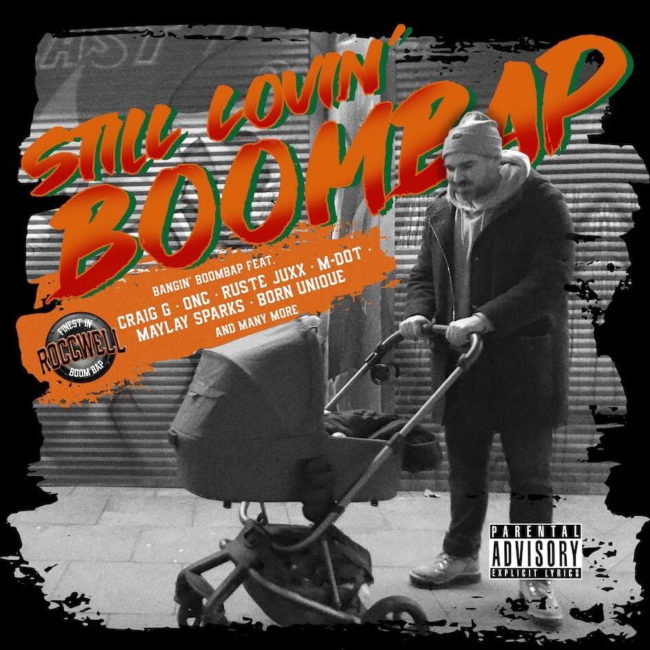 Still Lovin’ Boombap – the slogan with which the Munich-based beat-maker Roccwell titles his album stands not only for his unbroken love of the Boombap sound, but above all, for the daily struggle of the Hip-Hop generation of 35 plus.

Bringing his family, job and music under one roof is not Roccwell’s only challenge.Especially in an expensive city like Munich, which likes to give the protagonists of the subculture the cold shoulder. Against all odds however, the passion for classical rap has never left Roccwell. It embodies an attitude to life that has shaped him for 25 years now, even now that he is a family man with responsibilities. Selling yourself to the mainstream for a few bucks with shallow beats, pop melodies and a pinch of auto-tune? Not his thing – even if it would make things a lot easier.

On Still Lovin’ Boombap, Roccwell gathers not only the 90’s heroes QnC (Q-Ball and Curt Cazal – the latter from the legendary JVC Force), Craig G and Maylay Sparks but also other hungry underground emcees from the US like M-Dot, Ruste Juxx, Born Unique, Wildelux, Bankai Fam or Glad2Mecha.

It was equally important to him to include scratches in the songs as often as possible, for which DJ Case, 12FingerDan and B-Base (Soulbrotha), DJ Danetic (Snowgoons),DJ LP2, DJ Tricky and DJ Skruff contributed numerous cuts.

Grown Men Rap as a timeless alternative to the hysterical search for the next hype… too old for this shit!