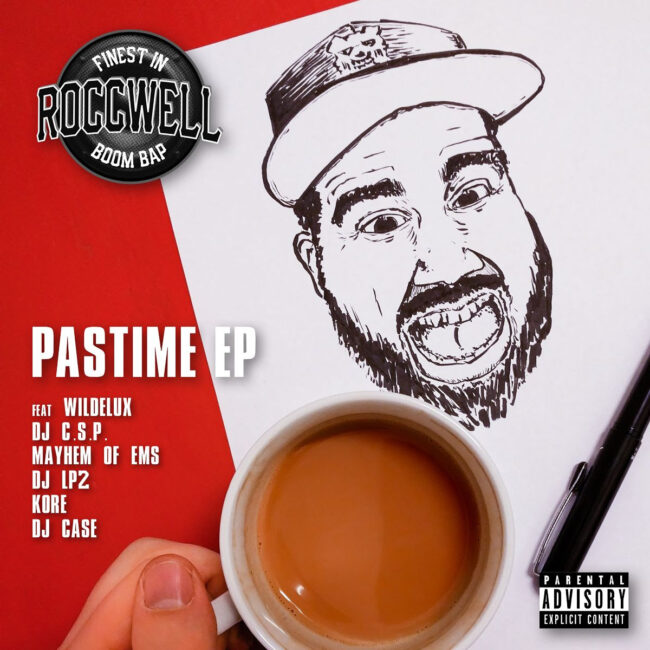 Still Lovin’ Boombap, the title of Roccwell’s debut album which released in 2020, stands not only for his unbroken love for the Boombap sound, but above all the daily struggle of the Hip Hop generation 35plus.

Despite all his family and professional obligations, Roccwell still has a lot of plans. Currently he is working on the finalization of the album ‘In Good Company’, on which he will join forces with the producer duo Soulbrotha under the name Soulrocca.

Also in completion is the EP ‘Chocolate Bars’ with Emma Lee from New York, which will feature some big names.

To shorten the waiting time until then, the Munich/Germany based beatmaker drops a three track EP entitled ‘Pastime’ featuring wordsmiths Wildelux, Mayhem, Kore plus LP2, Case and C.S.P. on the wheels of steel.