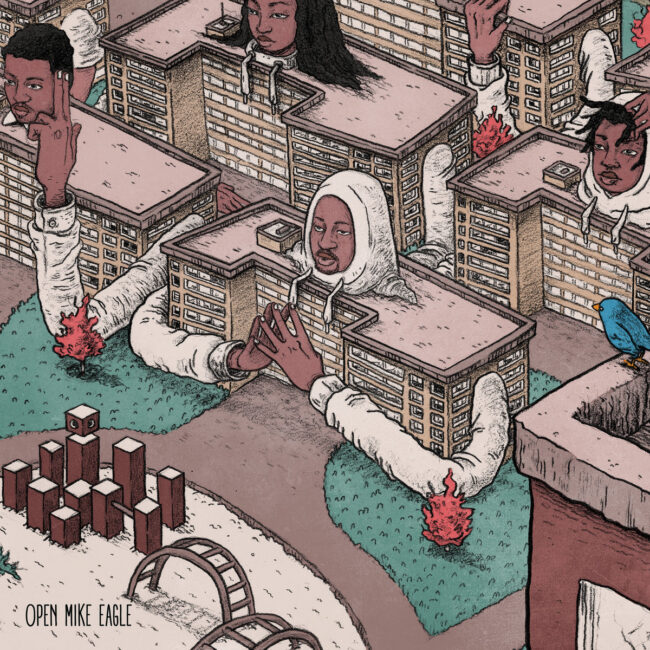 Brick Body Kids Still Daydream is a searingly political record for systolic political times. It chronicles the life cycle of the Robert Taylor Homes, a housing project on the South side of Chicago that was demolished completely ten years ago. Families that had lived under the same roof for three generations were forced to scatter, condemned by bureaucrats and faceless cranes and public indifference. Mike Eagle brings the Robert Taylor Homes back to life–literally, with arms and eyes and a head like the dome of a stadium–and fights until the last brick is made to crumble.