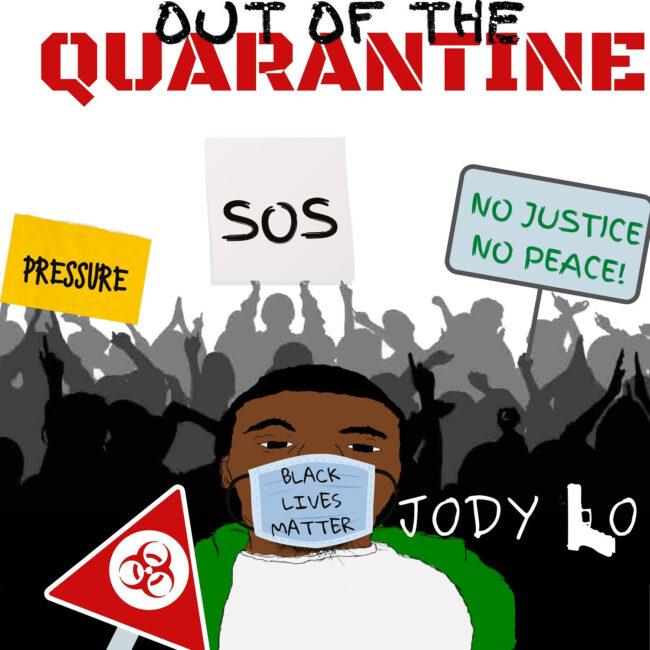 Jody Lo – Out of the Quarantine [Album]

Out of the Quarantine is the latest album from North Carolina artist Jody Lo. The album weighs in at 9 solid tracks, backed by the singles ” Pressure”, “No Justice No Peace” and “50”. Leaving 6 new songs for fans and new fans of Jody Lo to get accustomed and vibe to. The artist finds himself spitting some hard hitting bars over production that fits Jody’s “lyrical trap” style while still speaking truths in his flows.

Although the artist takes on a different style on songs like “Elevator” and “No Justice No Peace”, showing a more emotional side of the North Carolina rep, Jody is still able to stay on track with his lyrical abilities throughout both songs. Out of the Quarantine sees features from Vidal Garcia (Elevator), iAmDom (Never Changed) and Jahron (50) while including production from Malu, Young Askho and The Legion Beats. The whole album is something you can listen to from the first song to the last, but a few standouts include “Pressure”, “Ran off Again”, “50” and “Elevator”. Stream the album below, which is out now on all major streaming platforms. Be sure to show some love to the up and coming artist that is Jody Lo.