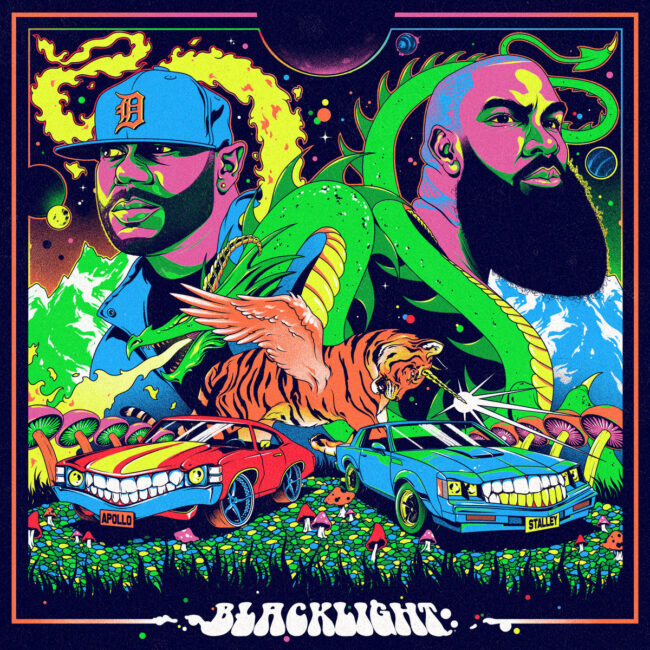 When two artists as esteemed & talented as Apollo Brown & Stalley come together, they shine, even in the dark. “Blacklight” represents the combination of two titans of hip-hop, both largely recognized as legends in their own right while also being overlooked by the uninitiated. Apollo Brown just this year produced the #1 R&B album in the U.S. on iTunes. Stalley left Maybach Music only to get his first Maybach independently. Both artists are the epitome of results over bluster – action over words.

The album also bring in guest features from Skyzoo who dropped his crown jewel of an album this year as well (All The Brilliant Things), Joell Ortiz (with the new “Autograph” album), and Omari Hardwick (Ghost from the TV Show Power).  Go listen front to back and then take it out to the ride and do it again. Blacklight is a sure shot AOTY contender.