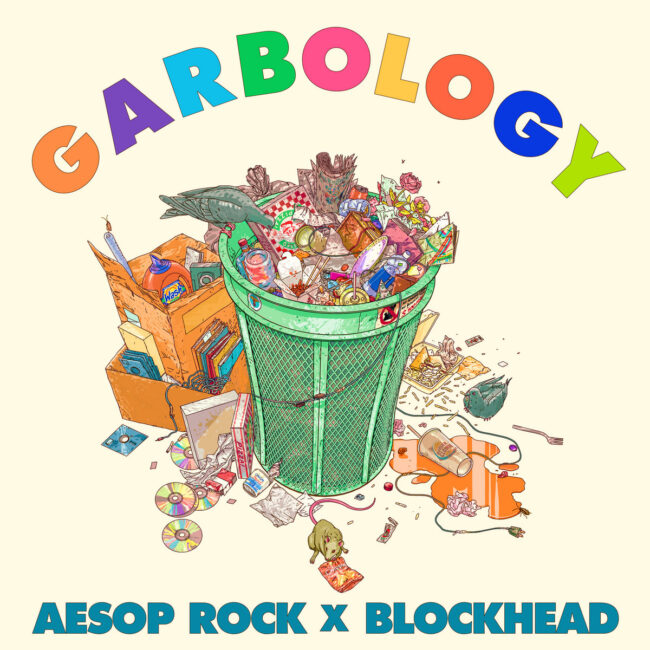 Though the pair’s collaborative relationship stretches back to the start of their respective music careers in the late 90’s, including Blockhead producing two of the most popular songs of Aesop’s back catalog (“Daylight” and “None Shall Pass”) and lending one another several features across each other’s releases over the interceding years, Garbology marks their first full length release together. The albumcame together in the midst of Aesop processing the loss of a close friend in January of 2020, which had resulted in a creative lull.