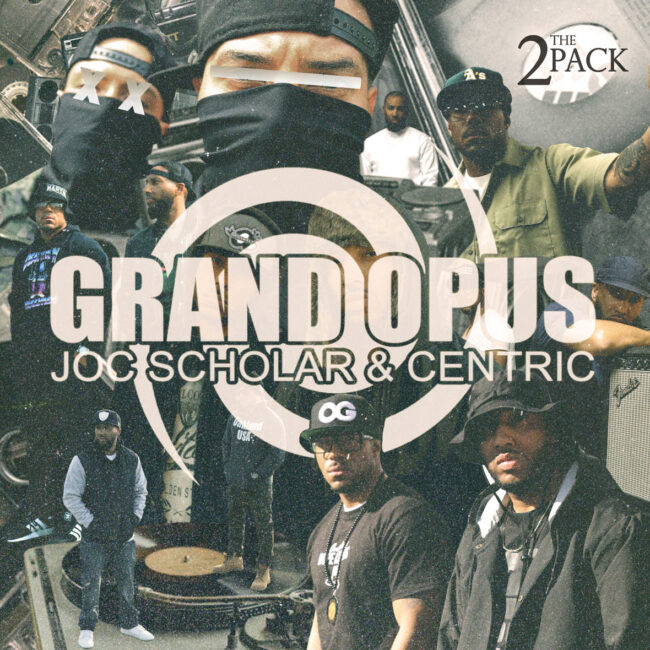 Grand Opus is back with a two-pack! The California hip hop duo consisting of Oakland, CA producer, Centric and Fresco, CA emcee Joc Scholar offer up a two-single project entitled “The 2Pack”, displaying the refreshing dynamic and balance that they have displayed over the years since their 2015 debut album.

Hard hitting, west coast-boom bap is what they do and they deliver with the lead single of the project “We Rise” that features Neahe Ashain and CJae, touching on the triumph of those who have overcome systematic hardships and continue to rise through it all. The second track is a lyrical fest that does exactly as the title “Restoring The Feelin'” implies in signature Grand Opus fashion.

In an ever evolving culture, Grand Opus continues their vintage yet futuristic brand of hip hop with “The 2Pack”, available worldwide on all download and streaming platforms now.