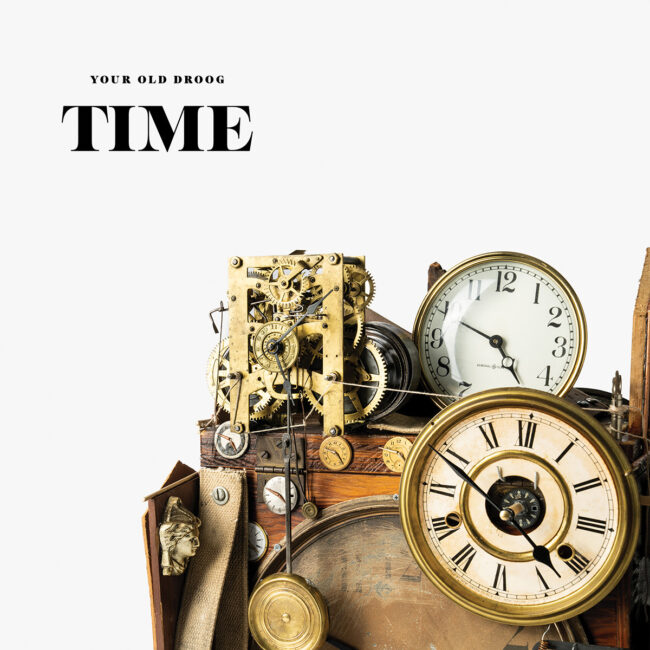 With the internet still buzzing about the MF DOOM collaboration he dropped earlier this week, Your Old Droog is adding fuel to the fire with a surprise album release.  Now available worldwide, the new album TIME features Aesop Rock, Mick Jenkins, Elzhi, Blu, and Wiki, plus the aforementioned “Dropout Boogie” with DOOM.  As the title indicates, the project is the culmination of years of work.  “This is basically my debut album,” Droog explains.  “Some of this material was recorded back in 2017, but I suppose the universe felt it would make more sense if it was released at another point in the future. Hence the name, TIME.”  Featuring beats by Quelle Chris, 88 Keys, Edan, Mono En Stereo, and more, TIME is available at all digital outlets, and for pre-order on vinyl, CD, and deluxe edition.