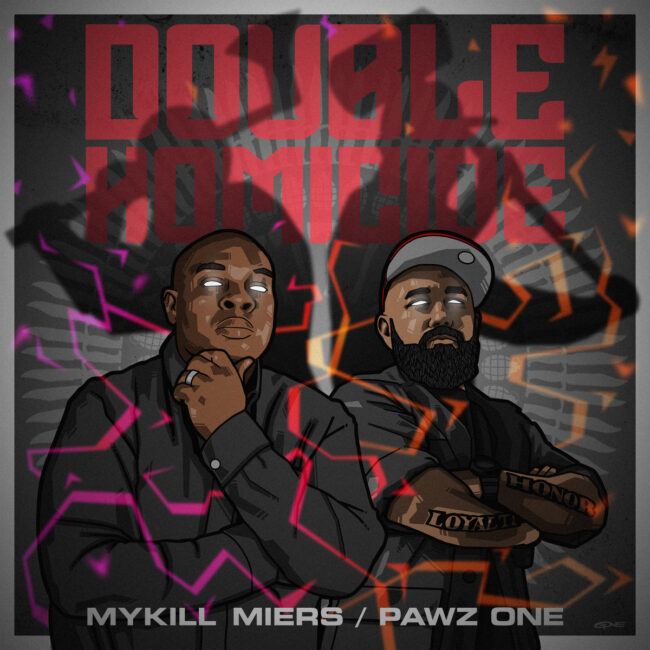 In a Hip Hop match-up as heavy as Freddy vs Jason was to horror cinema, Los Angeles emcees Mykill Miers and Pawz One have released their collaborative album titled “Double Homicide“. The project is packed with multi-syllabic lyrical barrages and DJ cuts as gritty as the boom-bap backdrops for a journey through the dark underbelly of the city of angels.