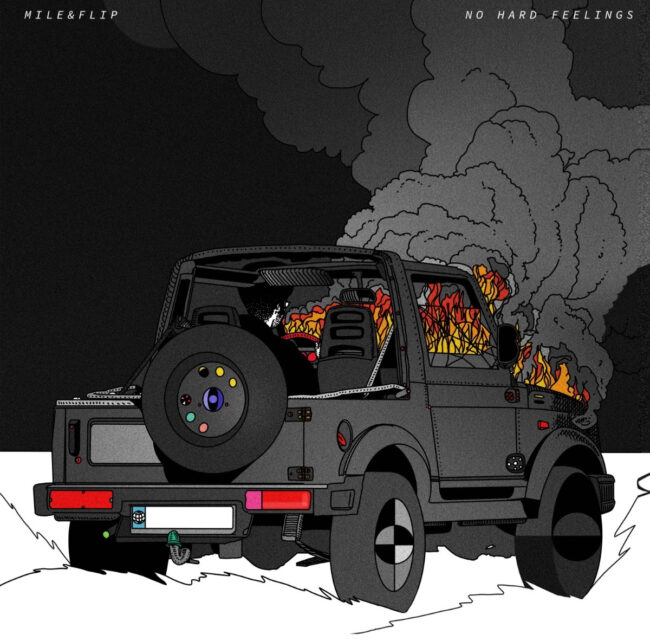 Rapper Mile & Producer Flip are breathing new life into the “one rapper, one producer” format, showing that this system often gives the best results. Flip, a veteran among Austria’s producers who is appreciated by boom-bap purists as well as street rap fans, has been in the business since the 1990s. Rapper Mile has recently been in the spotlight with his indie and raploaded band project SHARKTANK. On their joint album “No Hard Feelings”, the two deliver a timeless yet modern work that stands up to international comparison and oscillates between Hip Hop, R&B, soul combined with trippy elements.

Many Hip Hop albums these days exhibit some typical characteristics: they are packed with features and usually include numerous producers on a single track. This assembly-line oriented and algorithm-serving approach has become all too predictable in major label rap. Mile & Flip are less interested in exploiting the system than in bringing tangible Hip Hop culture to the streets. With this tried and tested style and their joint appearance as a classic rap MC duo à la Pete Rock & CL Smooth or Gang Starr.