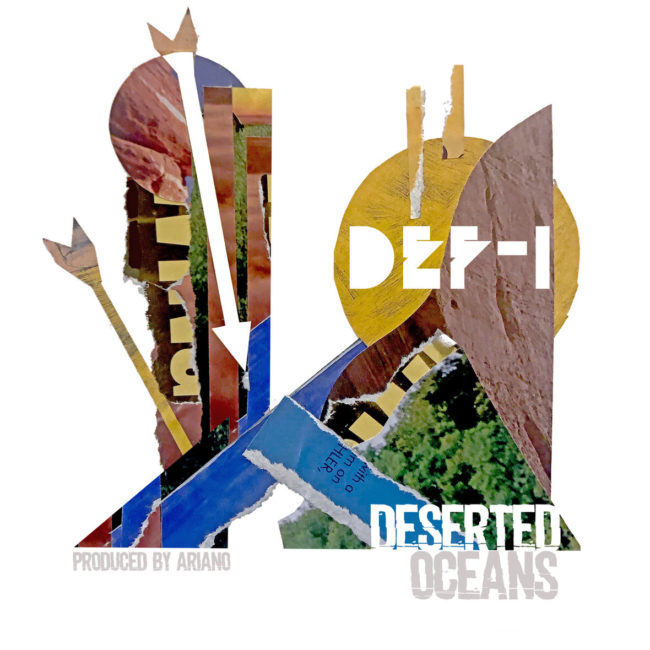 Iconic New Mexico hip hop artist Def-I drops his highly anticipated sixth studio project, Deserted Oceans. Continuing 2019’s Dream Trails magic, Def-i teams up once again with veteran SoCal producer and artist Ariano on Deserted Oceans. Titled after a clever twist on where each artist hails from (Def-i from the deserts of New Mexico, Ariano from the beaches of the West Coast), the album is an elevated version of the artistry fans have come to expect from Def-i.

Deserted Oceans showcases Def-i in his prime – His lyrics are purposeful, and his wordplay nuanced, laden with intelligent metaphors and double entendre. His MC stylings are multi-faceted, flowing effortlessly from rapid-fire bars to a slowed down cadence. His message speaks naked truth to power, underpinned with hope and positivity.