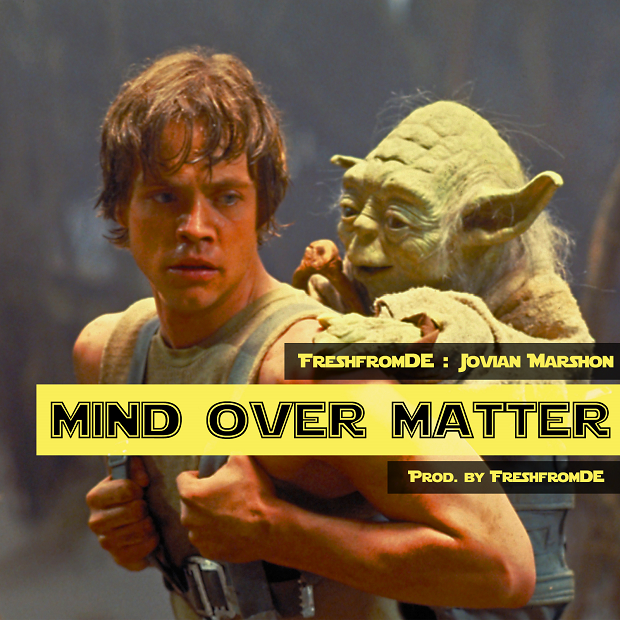 With the inescapable release of the years most anticipated movie, “Star Wars: The Force Awakens” released last week, FreshfromDE continues his year of concept records, this time around the Delaware MC takes on the Empire Strikes Back sampled/inspired “Mind Over Matter” featuring a guest appearance from Jovian Marshon. This is a follow up track to his previously released “Fresh Gordon” and “Aston Martin” and final release of the year, as he readies multiple projects, concepts and collaborations throughout 2016.